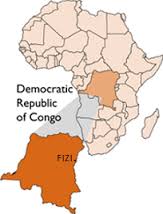 Born in the Eastern part of the Democratic Republic of the Congo, I grew up in the small village of Lusenda in Fizi, South Kivu province, on the shores of beautiful Lake Tanganyika. Fishing and farming were the main economical activities, both of which I actively participated in. After school, many of us would run to the lake for fishing, and catching a fish was not only fun but also a sign that dinner or lunch will be delicious. The game of catching and throwing was not an option. 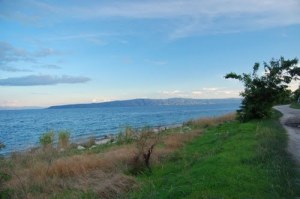 Lake Tanganyika- home to my favourite fish (Mikebuka-I miss you).

My village had no library; however many of us young men and women had the privilege to learn from firsthand experiences. In our oral culture, our grandpas and grandmas and anyone older were considered a library that we could easily consult in times of need.

Born from a primary school headmaster and a housewife, I had the privilege to attend one of the best schools in the area and at the same time learn farming. My dad was not only a headmaster but a farmer and businessman who worked hard to make sure the family had enough. Needless to say, our house was always full with extended family members and church visitors. At an early age, I learnt that life was full of both happy and stressful moments.

Everything in my village revolved around relationship. People knew each other quite well and we were all connected: if the person is not your brother, then he is your uncle; if not your younger father, then your grandfather; if not a cousin, then an aunt, or young mother, etc. At that time, I do not think I fully understood what it meant to go hungry until the war broke out in 1996, as it was cultural and acceptable to eat at anyone’s house in our village. Everyone was encouraged to be courageous and help others navigate stressful situations….to strive despite the hardship of everyday living.

Rich fertile soil of my ancestors- home to sweet mangoes, pineapples, avocados, oranges–name them all- we have them.

Life was just like that – from school to fishing, choir practice to football (soccer) games, and so on – until October 1996. Before October, we heard rumours about the war, about forces from Rwanda invading our country, however everybody believed in our military and the president at that time (Mobutu Seseseko) to protect us. We were all proven wrong. As the rumours of war continued, my parents decided to send me and my two younger sisters (6 and 8 yrs. old) 60 km. away where we could continue our schooling without worrying for our lives.

October 25, 1996. This day I will never forget: shooting, blood shedding, and all evils one can think of became the norm of everyday life. This was the day my two younger sisters and I were separated from my parents, not knowing if we would ever see them and my three other sisters again.

It was a tough time – we were only three of us and our God as we passed through dead bodies and heard shootings of all kinds (to be continued in another blog).

As I reflect on that day and our walk to meet our parents – which proved in vain as no one was home – I now feel that situations in our lives do not just happen for nothing. Through those difficult moments I learnt to depend on God more and accept every day as a blessing. The prayers and support of many gave me hope and courage to face every day with confidence – today I don’t regret my past but I rejoice to have come out of it stronger than I ever thought. I don’t think much was due to my own strength, but God’s grace and the support of those who invested in me.  After my recent visit to Nyarugusu refugee camp -where I did my high school as mentioned in my first blog- I just can’t believe that people have been in that place for 18 years now. If someone could not have invested in me, I could still be there. I am realizing more that it is possible to make a difference and change someone’s story today.

Fizi’s version of a highway. Wait until the rainy season and see how it changes.

One thought on “My life: from childhood to war”